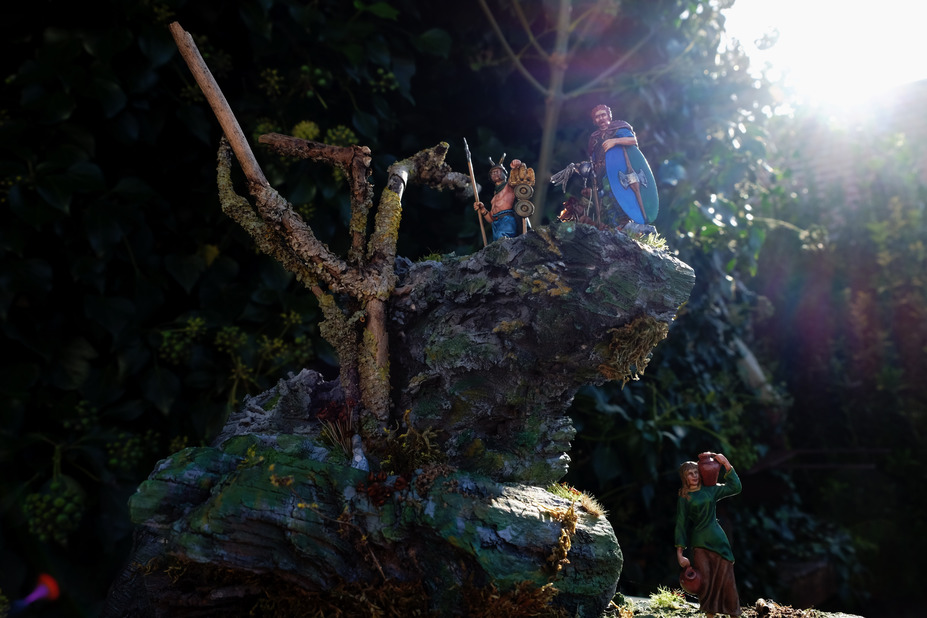 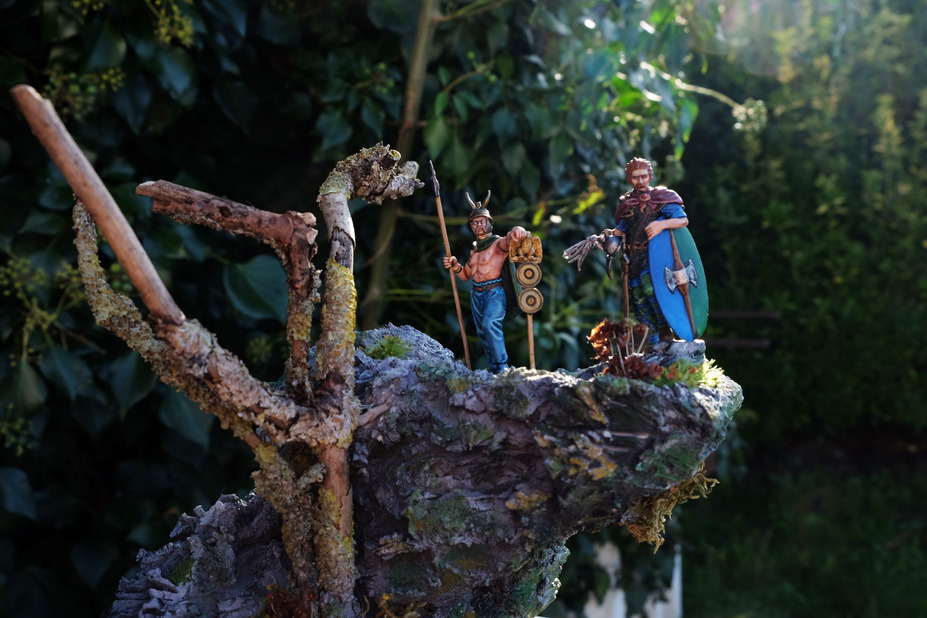 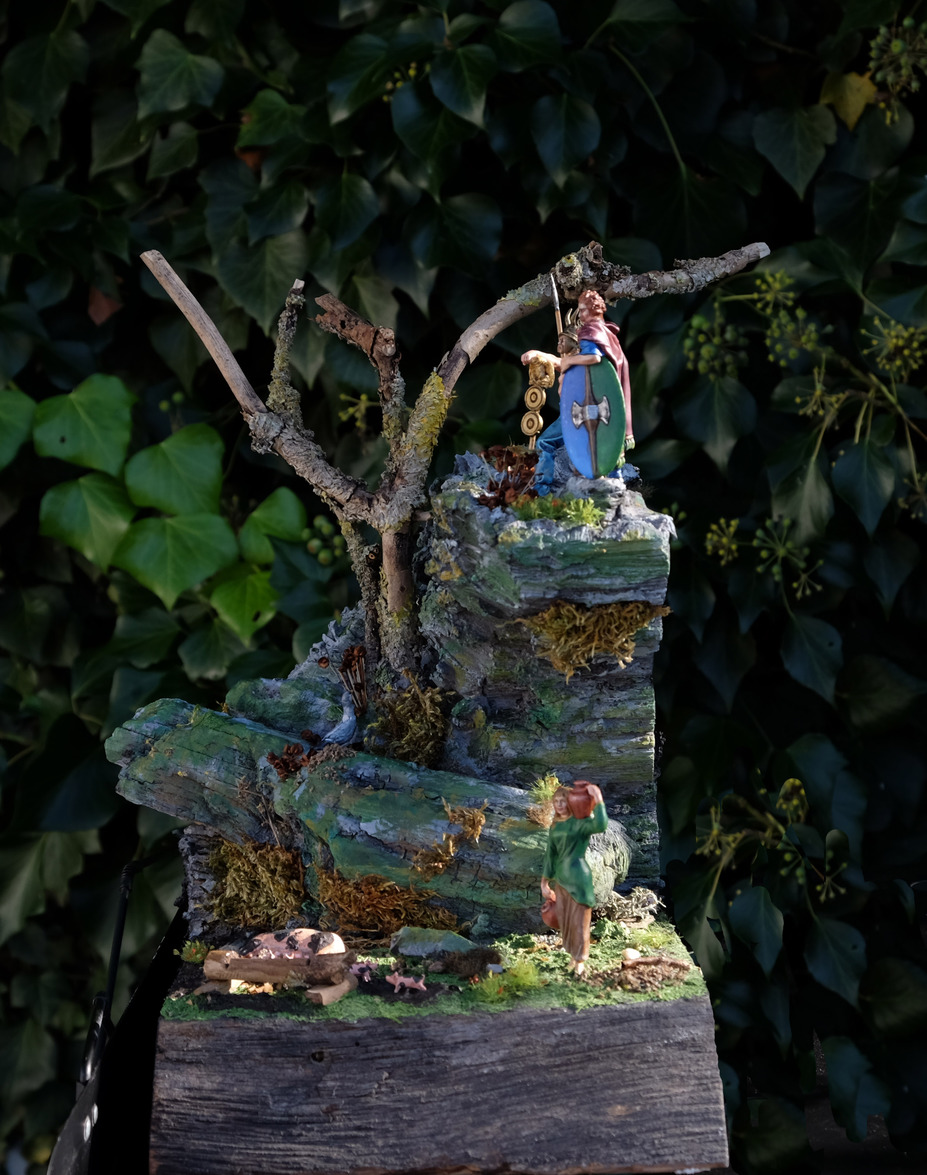 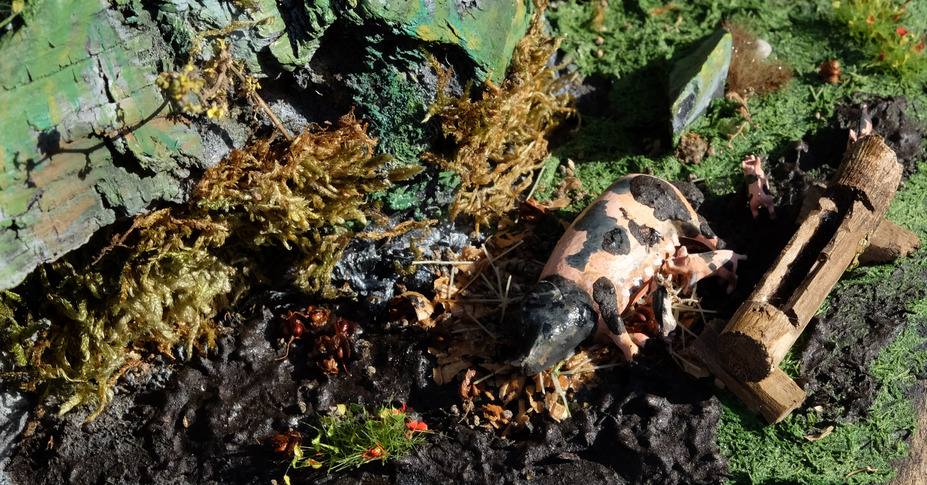 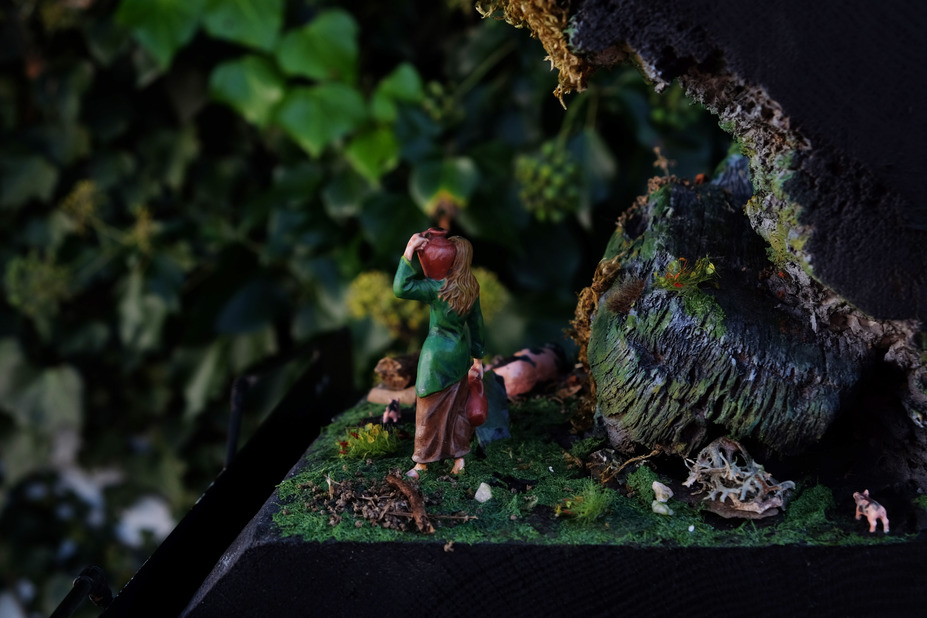 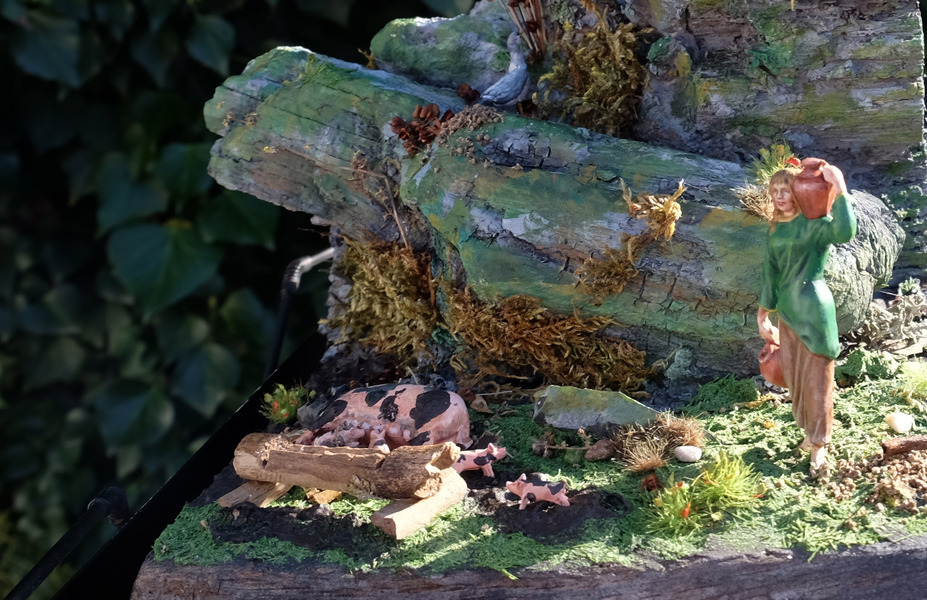 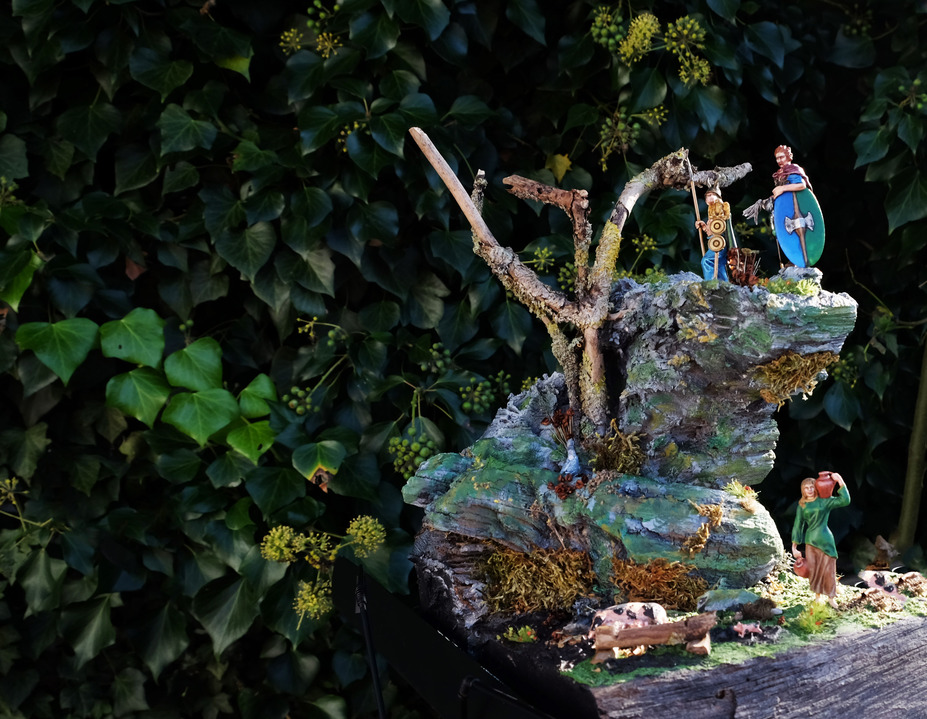 Recap: here's a bit of nostalgia and a refresher for (mostly Belgian?) students of Latin. When Julius Caesar wrote his "De Bello Gallico" in the first century BC, he praised the Belgae as the bravest among the Gallic tribes. Firstly, they were less influenced by civilization, therefore less prone to the pitfalls of luxury. Secondly, they lived in perpetual strife with Germanic tribes, which kept them on their toes at all times. Because Belgium did not exist until 1830, we talk about Belgic tribes, not Belgian tribes, by the way

Since then, we have of course completely and utterly succumbed to the finer things in life, such as beer, chocolate and surrealism
Be that how it may, I'm proposing, for my next project, a small, peaceful village scene featuring a noble, a warrior and a female villager. None of the models is very recent, and the villager even dates back to the first half of the 1960's!!! She's actually a double from my extensive collection of miniatures on Belgian history.

The basic backdrop was made from pieces of driftwood gathered by my lovely sister during her daily beach walks with her dogs, and some slices of genuine ship timber, provided by my brother-in-law.

The pigs are from the Riich Livestock Set Vol. 1.
The bird (a rare breed of partridge, never seen by human eyes before) was actually meant to feature in my previous Anne Bonny dio, but he didn't want to get his feet wet. In all honesty: I wanted to make a seagull, but that didn't work out.

http://en.wikipedia.org/wiki/Commentarii_de_Bello_Gallico
Share this on
Related Collections
×
Managing your favorite creations
is one of the advantages of being a member