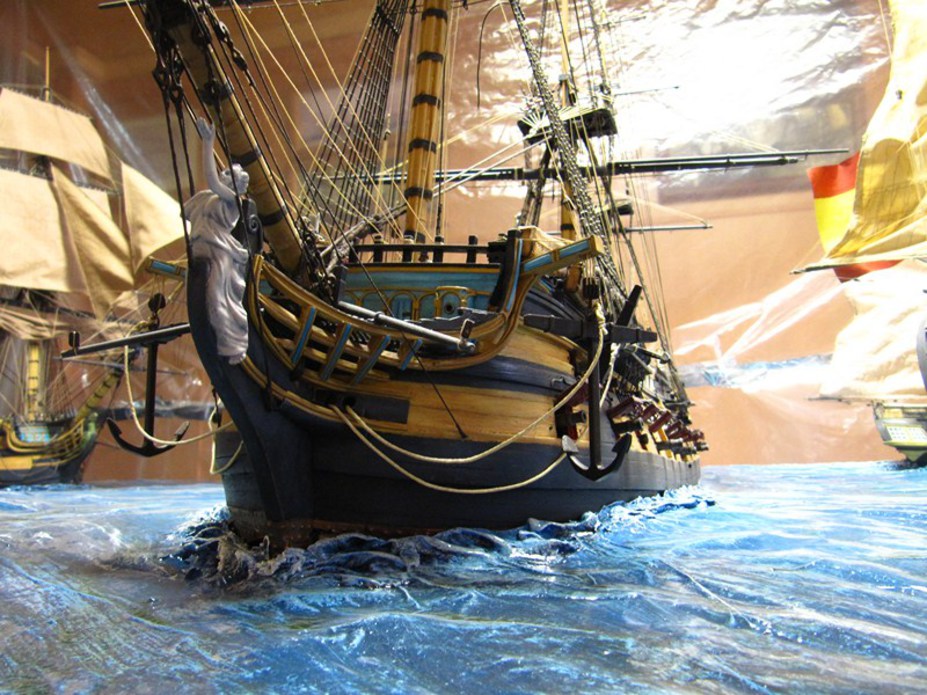 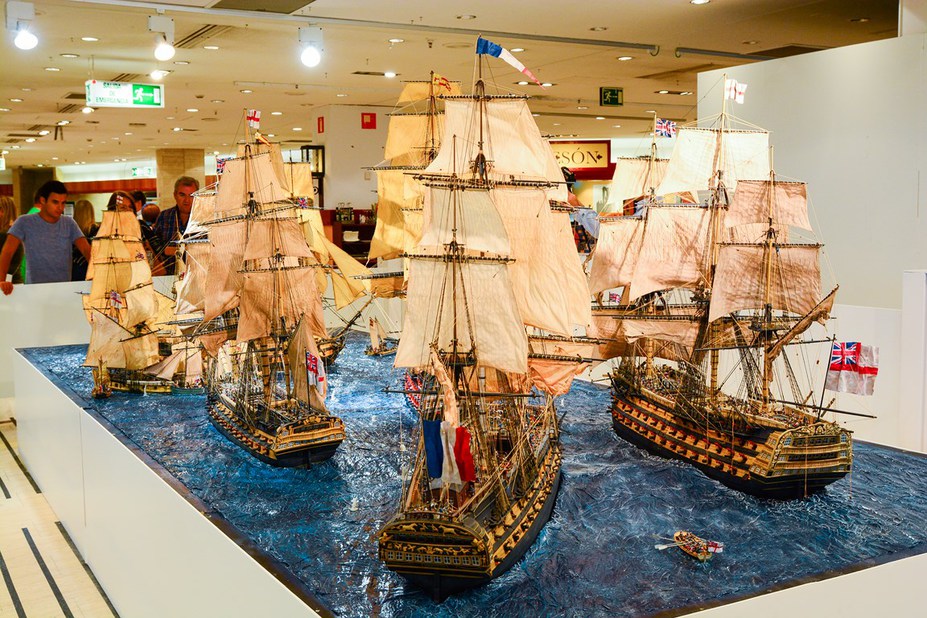 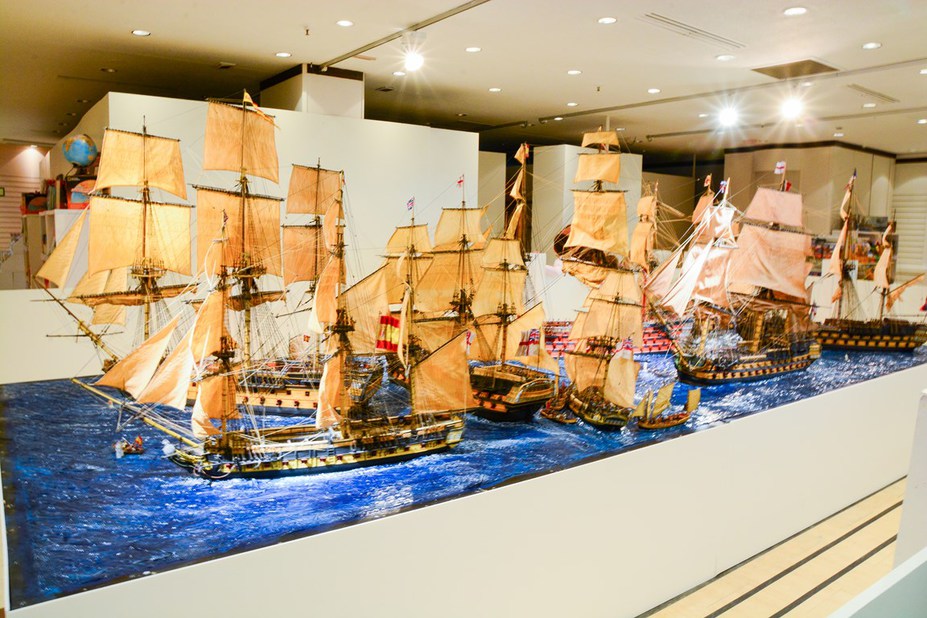 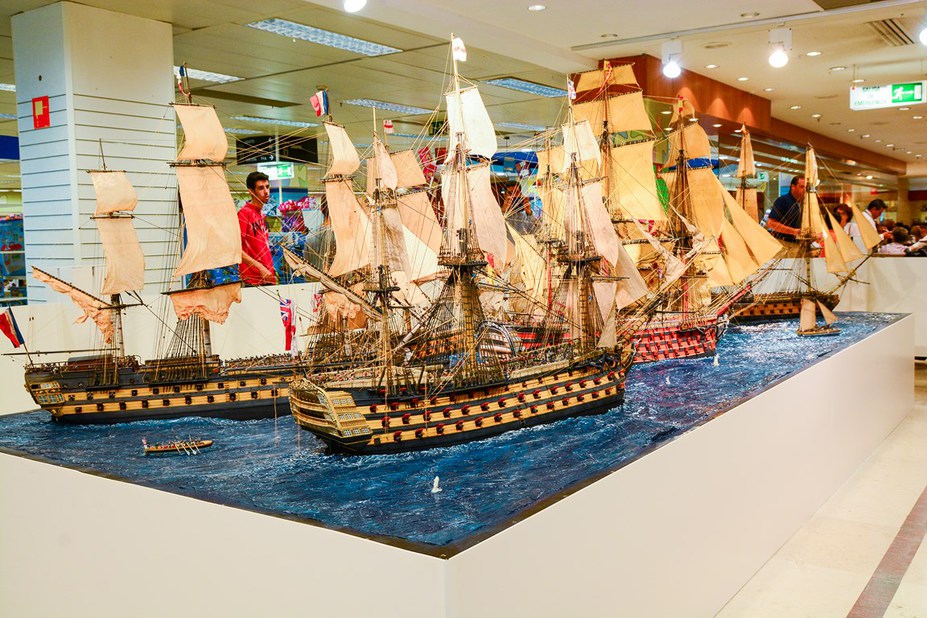 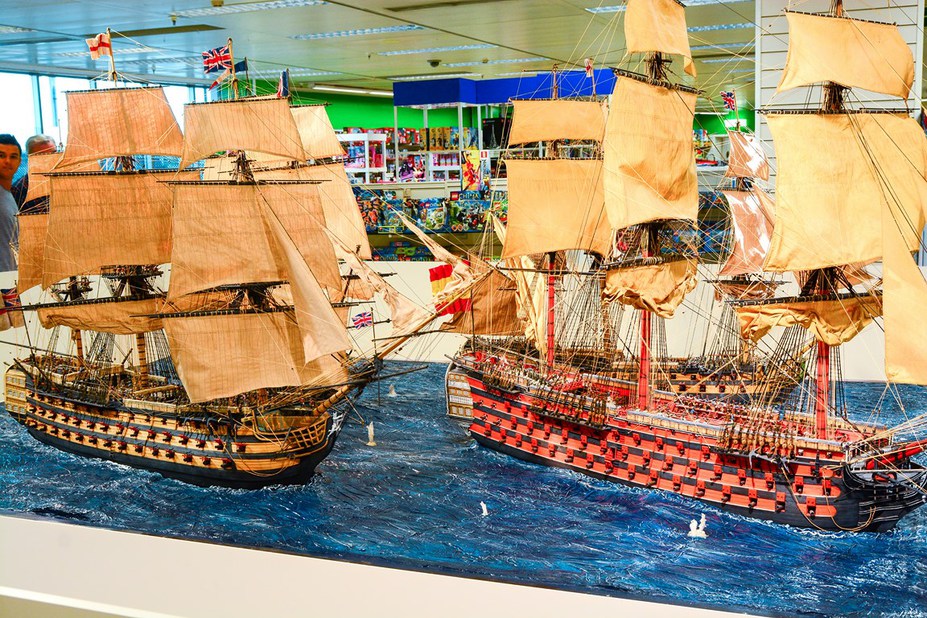 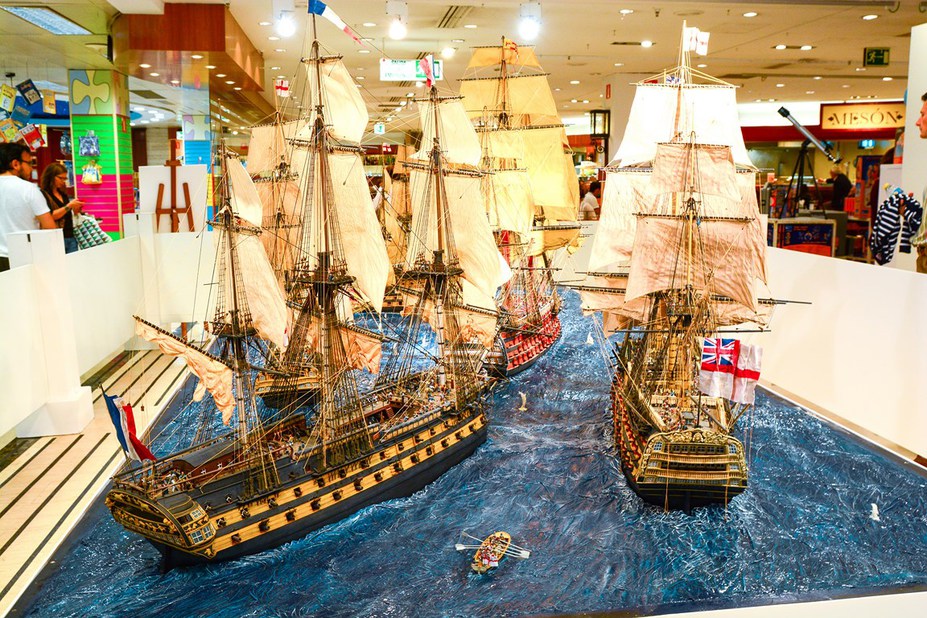 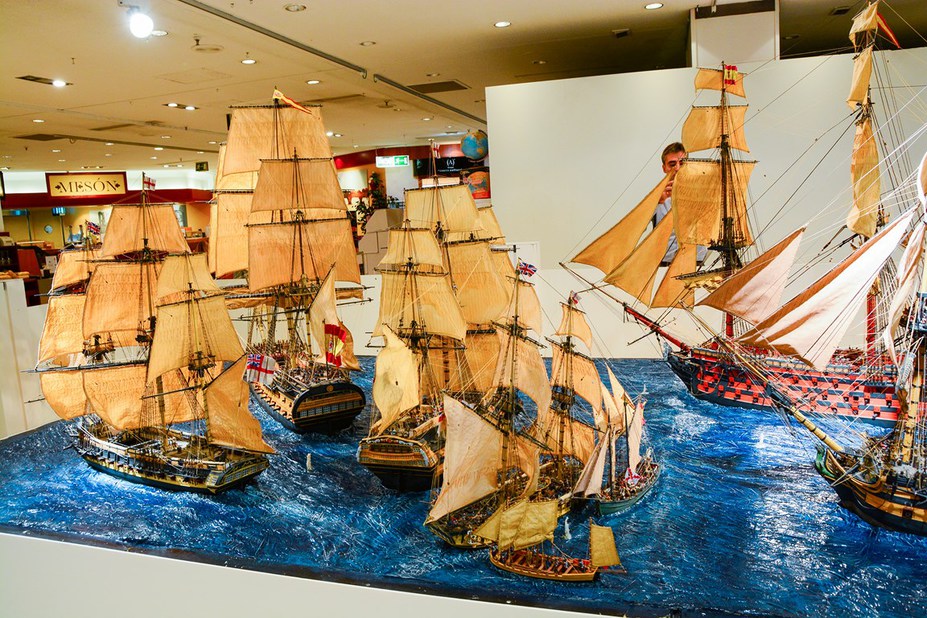 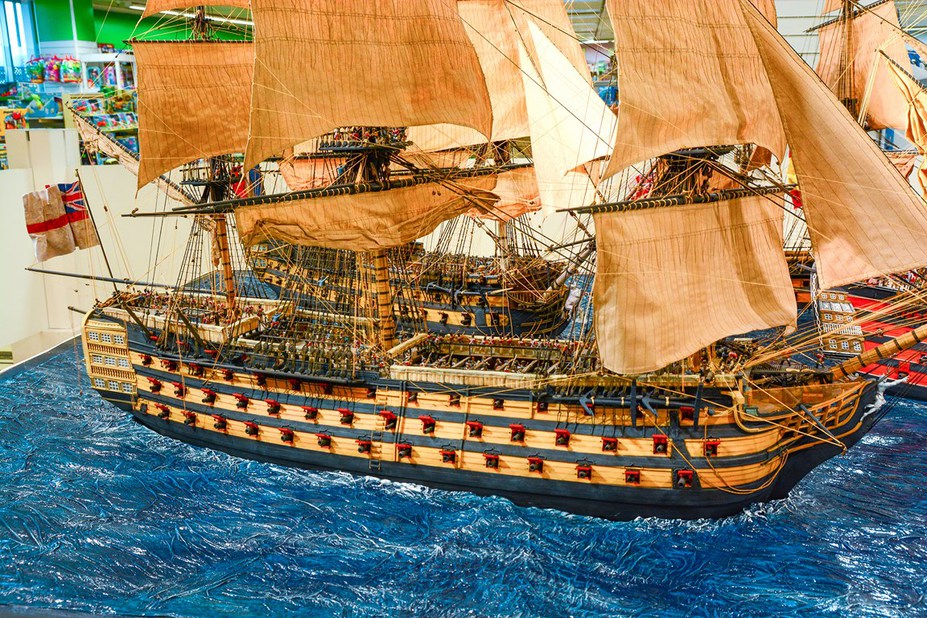 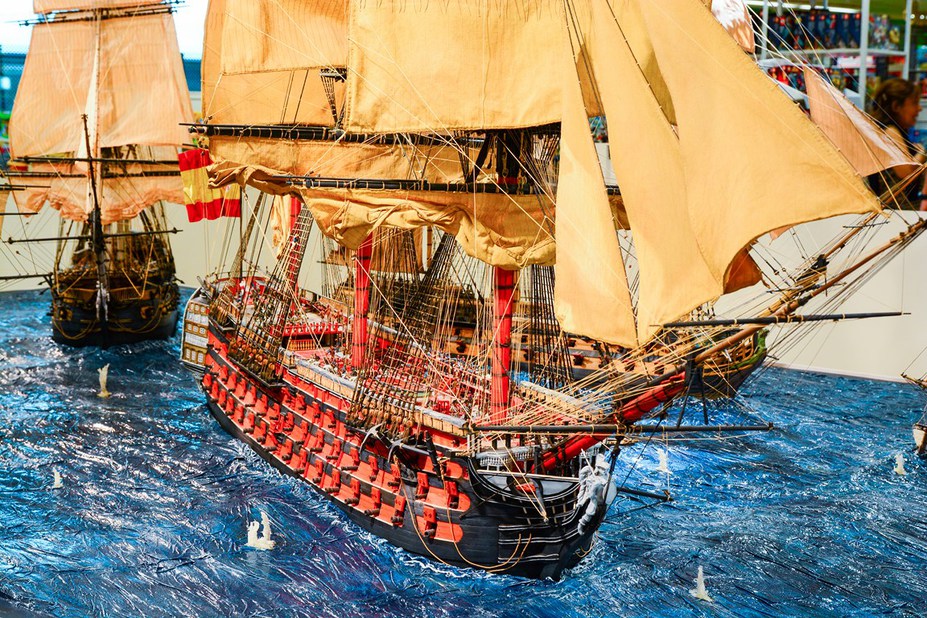 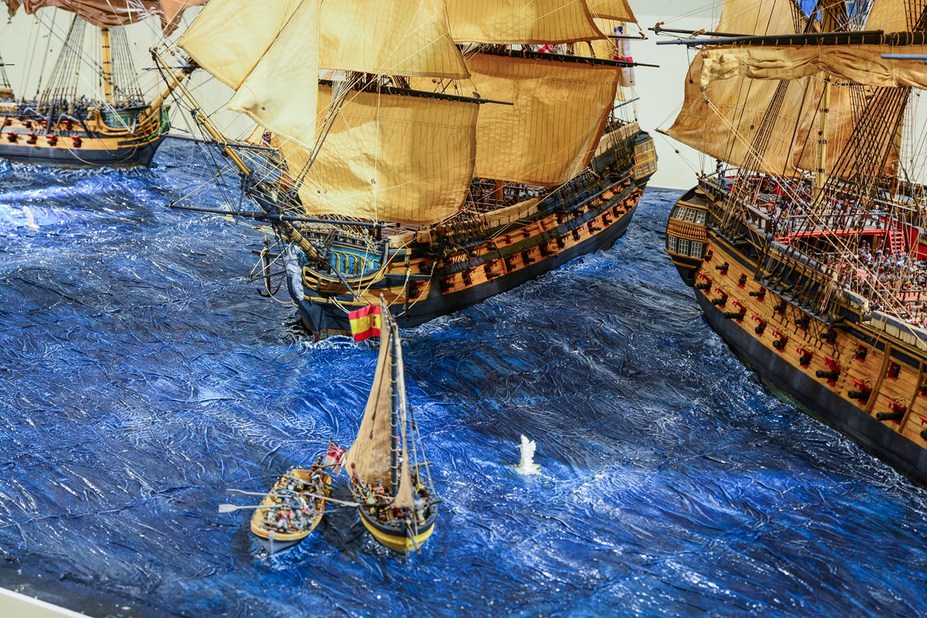 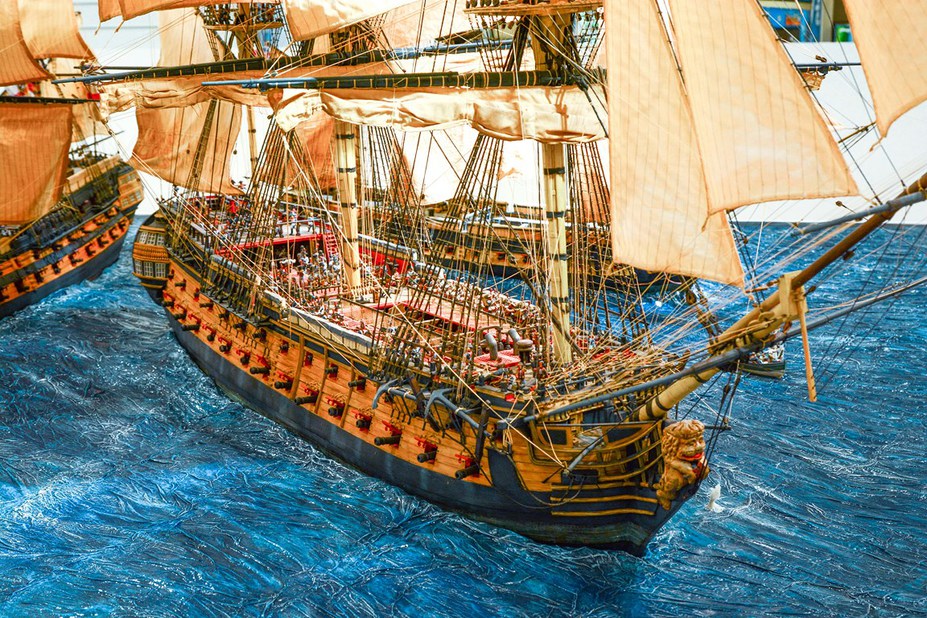 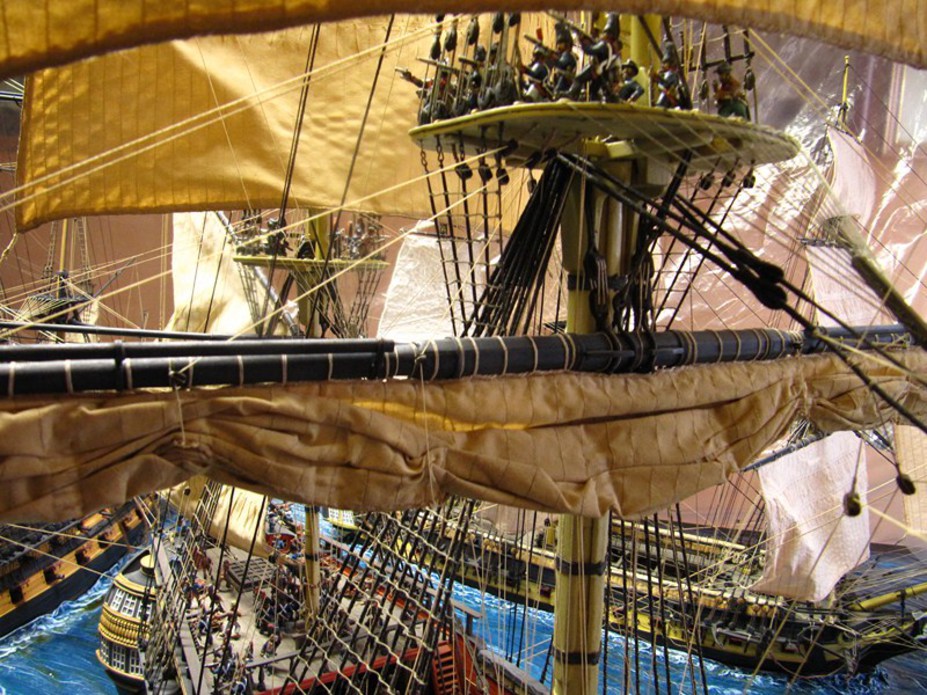 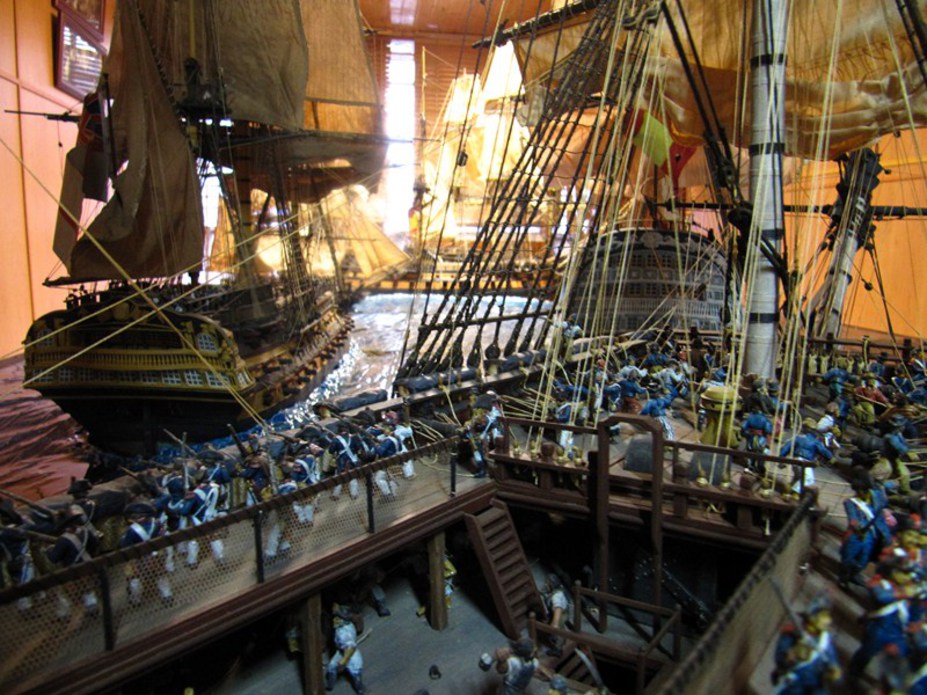 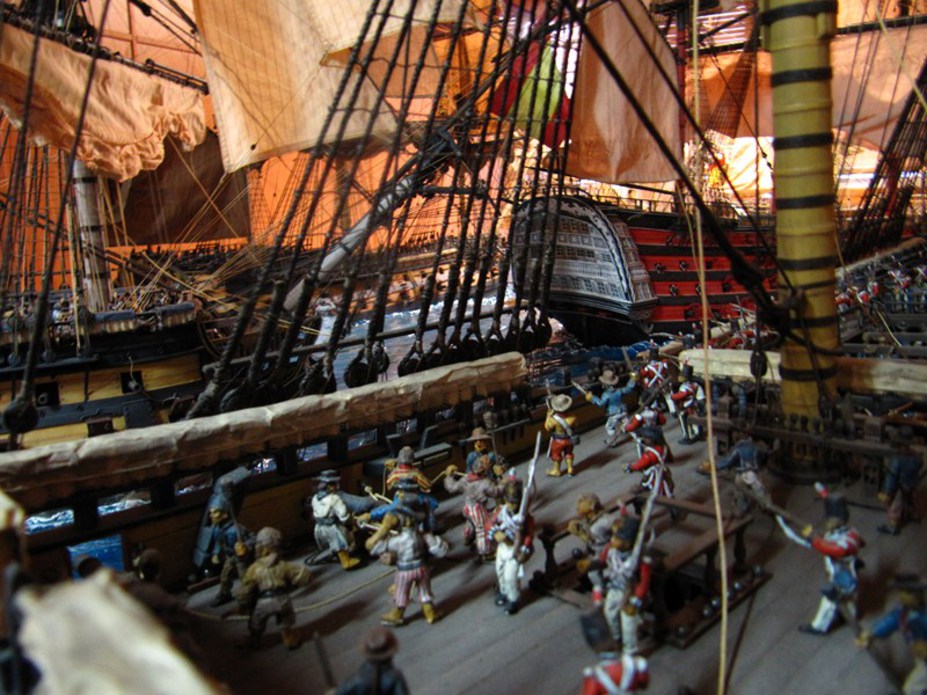 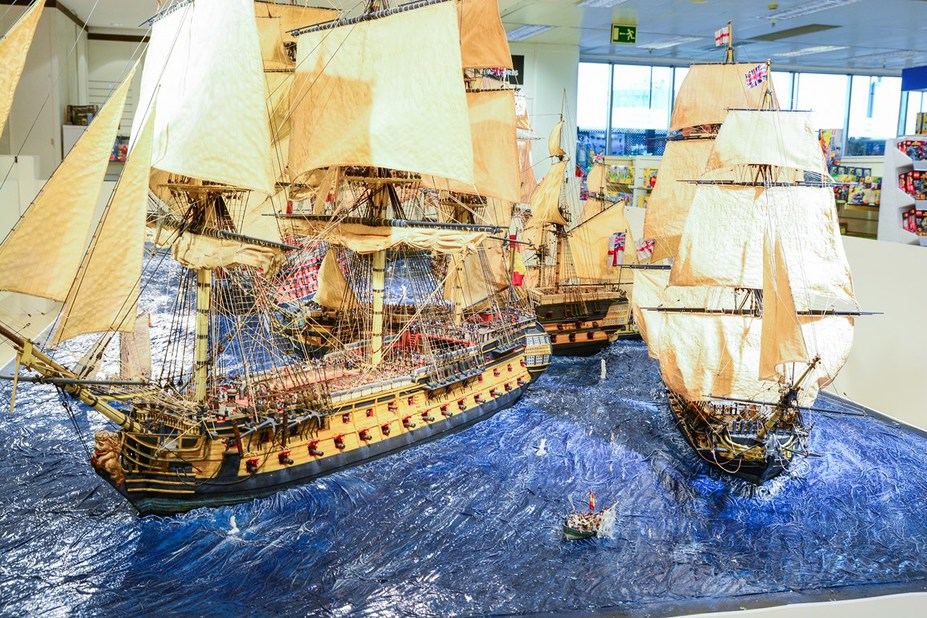 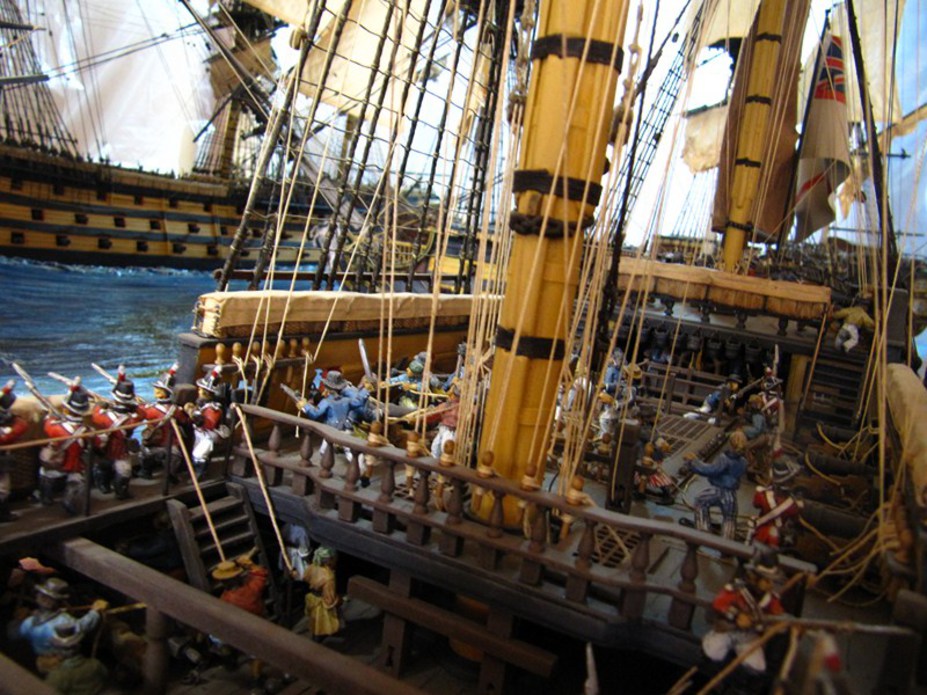 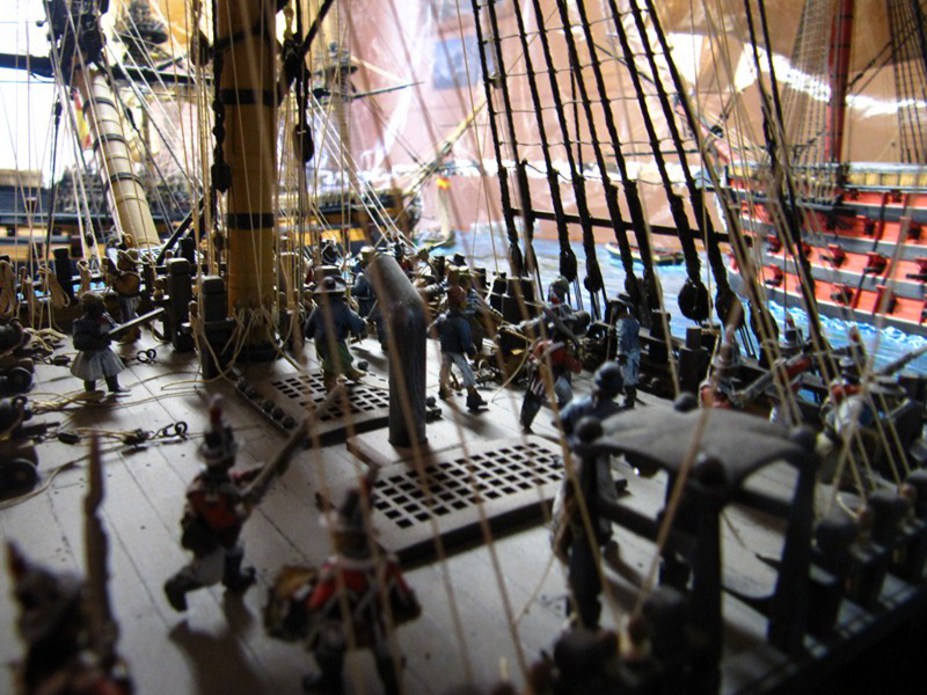 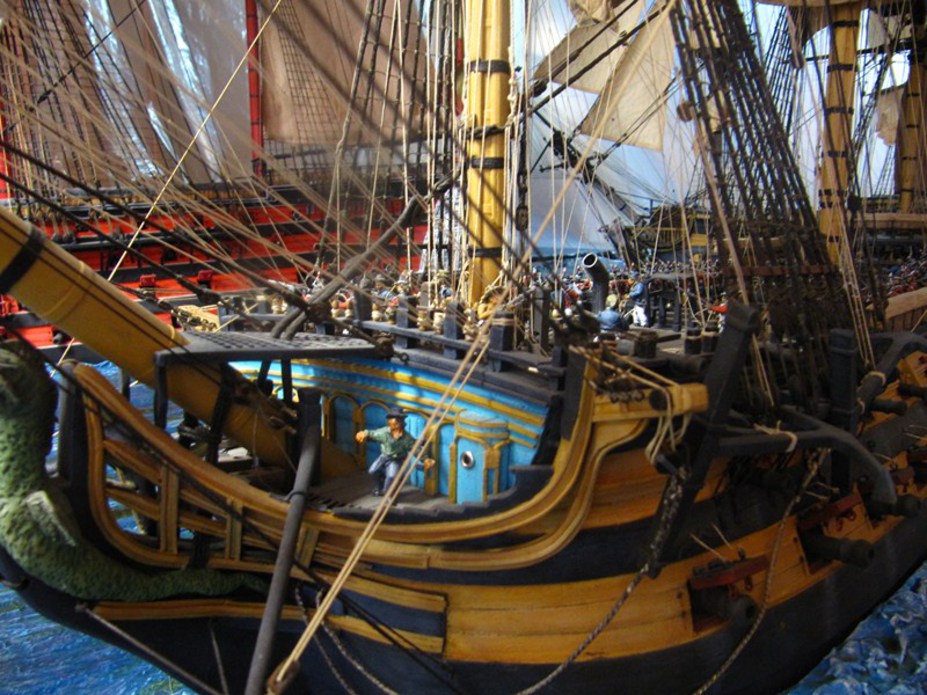 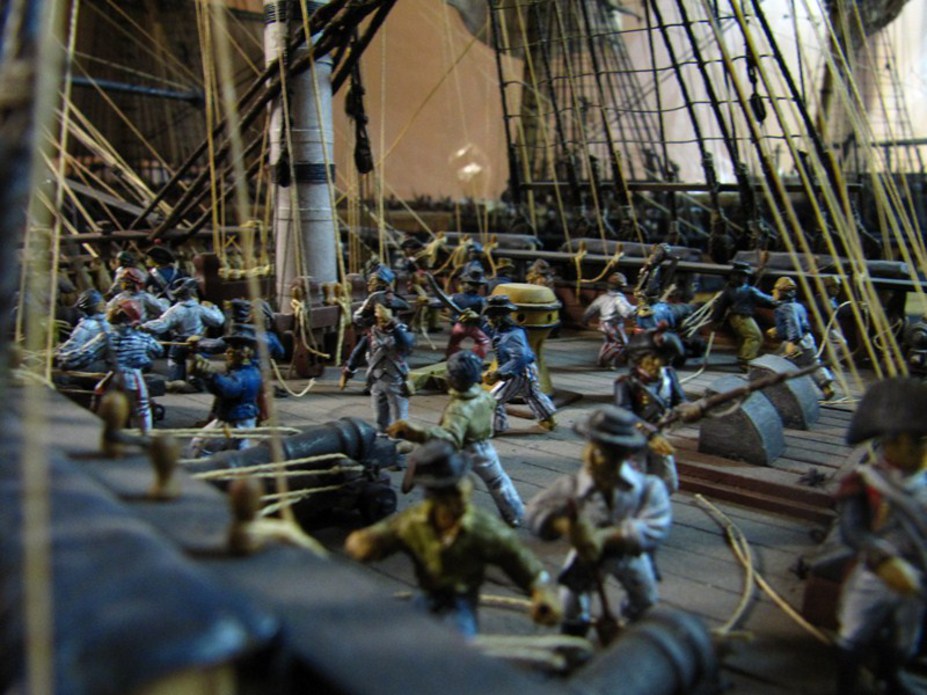 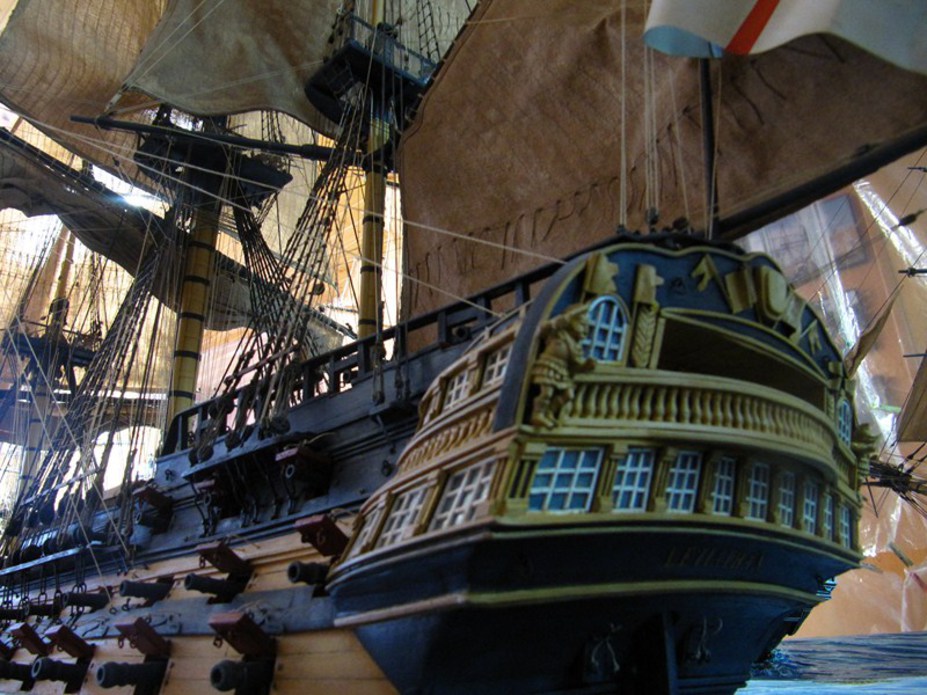 The battle was the most decisive naval victory of the war. Twenty-seven British ships of the line led by Admiral Lord Nelson aboard HMS Victory defeated thirty-three French and Spanish ships of the line under French Admiral Pierre-Charles Villeneuve off the southwest coast of Spain, just west of Cape Trafalgar. The Franco-Spanish fleet lost twenty-two ships, without a single British vessel being lost.

The British victory spectacularly confirmed the naval supremacy that Britain had established during the eighteenth century and was achieved in part through Nelson's departure from the prevailing naval tactical orthodoxy, which involved engaging an enemy fleet in a single line of battle parallel to the enemy to facilitate signalling in battle and disengagement, and to maximise fields of fire and target areas. Nelson instead divided his smaller force into two columns directed perpendicularly against the larger enemy fleet, with decisive results
Share this on
Related Collections
×
Managing your favorite creations
is one of the advantages of being a member