A Boatmill
Diorama
By: Vic Newey 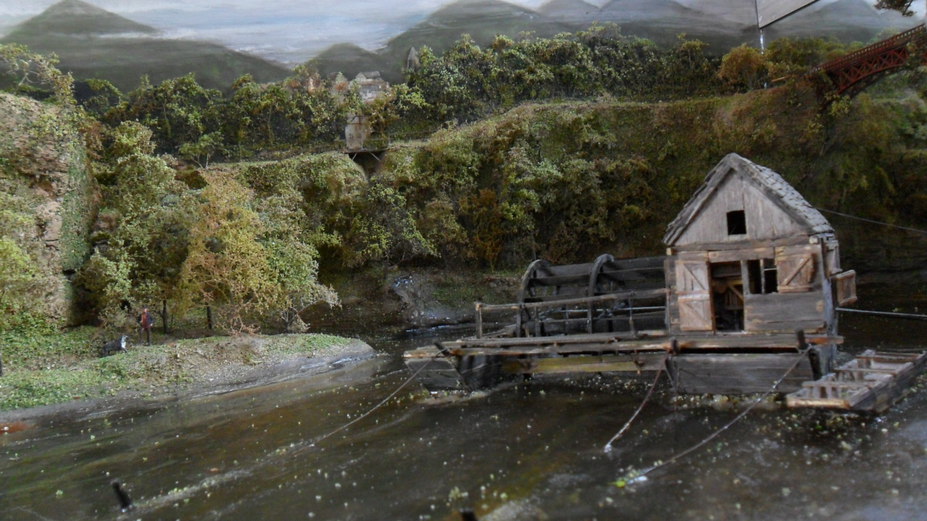 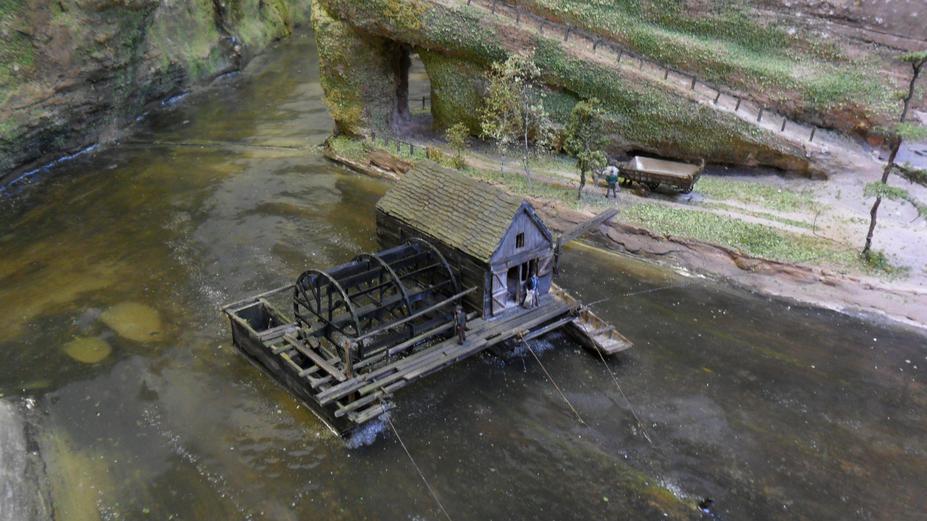 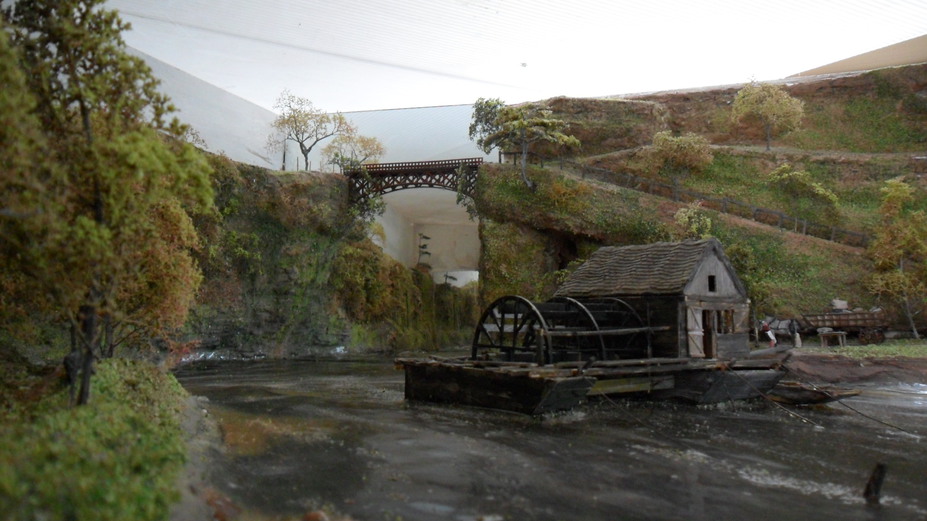 Size(LWH): 100cm x 60cm x 35 cm
A boat mill is basically a floating watermill, once common in many parts of Europe but noticably absent from Great Britain although records show there were several attempts to establish them on the river Thames in London and the last one was removed in 1811 after several accidents with other shipping. Unfortunately there seems to be no surviving contemporary engravings to show how they may have looked.

On large rivers such as the Rhine, Danube,Elbe and their many tributaries boat mills were once a common sight, often situated near large towns or cities several would be in sight of each other in a line along the river bank. Millers had their own communities and were thus able to help each other with repairs & protection from storms.

The preference for a boat mill rather than a land based mill had many advantages, although the initial cost was high for a boatmill - it still contained exactly the same mechanisms as a land based mill but it also included the boats it floated on, however it did not involve the construction of a leat or millpond and there was little likelihood of a large river drying up in summer & as the water levels did start to drop then the boatmill could be moved to a more suitable position. Also there were no extortianate ground rents to pay other than the local river tax to the landowner