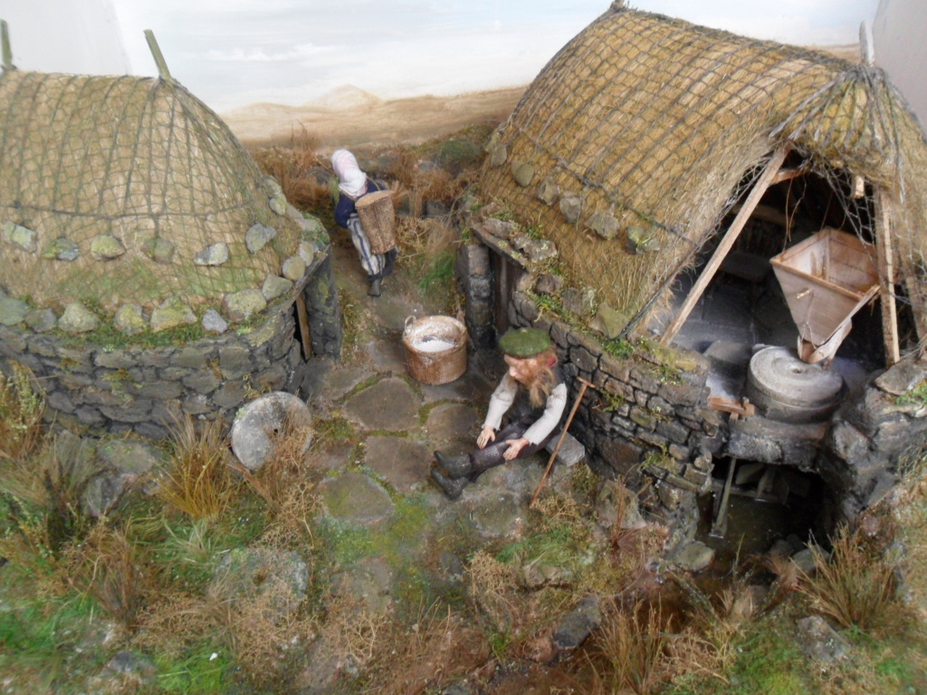 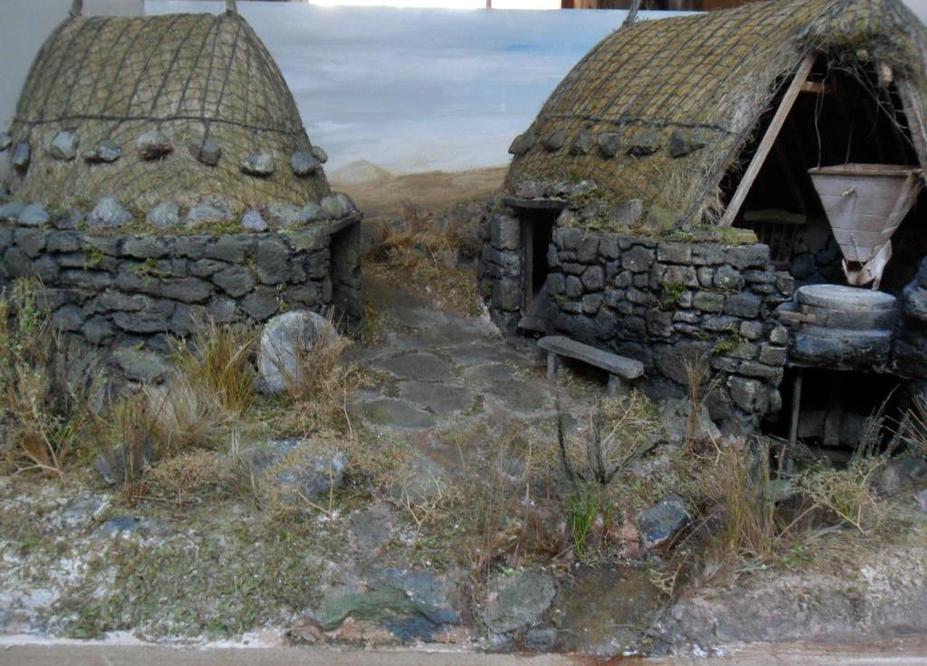 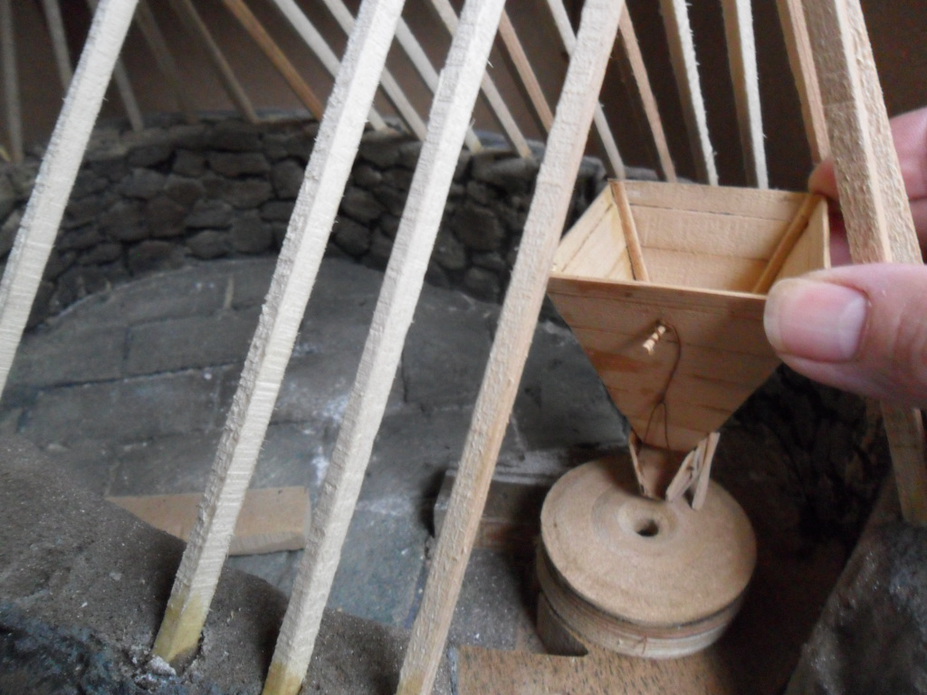 Size(LWH): 80cm x 80cm x 30 cm
CLICK MILL or NORSE MILL
So called because of the clicking noise made by the 'clapper' dragging on the revolving millstone as it shook the 'shoe' below the hopper & sprinkled grain into the eye of the stone..

This model shows how the click mill worked, the paddles were set horizontally below the floor of the crudely made double dry stone walled building. It was built & used by crofters in the Isle of Lewis & other Scottish islands following a design which originated in Scandinavia hundreds of years ago.
Timber was scarce in such a barren landscape and the roof structure was built of timbers often salvaged from the beach & covered in crude thatching , various materials were used for the thatch including Barley straw, which was considered the best, alternatives could be moor grass,reeds or Heather depending on what was easily avilable.
This was laid on top of sods of turf or in some cases large thin sheared stones, these would be crudely fixed using wooden pegs on top of the roof poles simply as a method of support for the thatching..
The straw was laid thickly on top of this, often in a very haphazard way and frequently screwed up in all directions and not at all like traditional thatching using straight bundles of straw with pegs & dowels to keep the thatch in place.

Instead, In order to keep the thatch in place it was covered in old fishing nets and roped and weighted down with stones on top of the walling and also further up the roof in a neat rope twisted design with the end result looking most pleasing.

A pole projects out of each end of the rounded roof (called crow poles) to give anchorage to the roping of the roof to enable the structure to survive in such an exposed windswept area.